Demand for 5G backhaul is expected to drive multiple years of growth for the total mobile backhaul transport market for the next few years. “We anticipate the Mobile Backhaul Transport market to return to a period of growth as operators roll out 5G,” said Jimmy Yu, Vice President at Dell’Oro Group. “Hence, we are predicting that demand for backhaul equipment will grow

A major share of these port shipments will operate at 400 Gbps. “We are projecting coherent port shipments on DWDM systems to grow at an 18 percent CAGR,” said Jimmy Yu, Vice President at Dell’Oro Group. “Further igniting this market will be all the new, higher baud rate coherent line cards entering the market this year that will set the path for many more years of growth.

“Following three consecutive years of declining worldwide RAN revenues between 2015 and 2017, the global upswing that began in the second half of 2018 has become deeper and stronger, reflecting a shift from 4G to 5G that is accelerating at a torrid pace, much faster than anyone expected,” said Stefan Pongratz, Vice President and analyst with the Dell’Oro Group.

the Wireless LAN market slumped in 3Q 2019 with worldwide revenue declining two percent from the year-ago period. Softening demand occurred across all geographies, and such a broad-based decline has not occurred since the Great Recession in 2009.

- Why PoE is important to #wireless?
-Why PoE might be a key drivers to #IoT applications?
- What are the challenges?
- What's in the future?
Read this article and learn more:
https://bit.ly/2UOSBHB
@DellOroGroup @NetworkWorld @EthernetAllianc

The telecom capex outlook remains favorable, even with the increased uncertainty due to the COVID-19 pandemic. Telecom capex to grow at a 1% CAGR by 2022. Learn more from the full press release: https://bit.ly/2ywhcIv 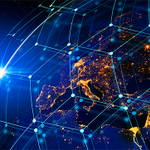 Telecom Capex to grow at a 1% CAGR by 2022, according to @DellOroGroup Telecom Capex 3-Yr forecast reporthttps://www.delloro.com/news/telecom-capex-to-grow-at-a-one-percent-cagr-by-2022/
#telecommunications #wireless #5G #COVID19 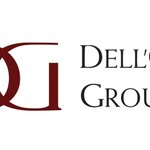