The Mobile Core Network (MCN) market’s cumulative manufacturing revenues are expected to approach $60 B from 2021 to 2025. The first 5G Standalone (5G SA) networks launched in 2020 resulting in manufacturing revenues for the 5G Core market for the first time, including network functions for packet core, policy and subscriber data management. Initial revenues were primarily in mainland China, and are expected to accelerate thru the forecast period as all regions around the world begin building their 5G SA networks. The 4G Core will still be the dominant core, but declining in the later years of the forecast as the growth of 5G Core offsets the decline. The IMS Core market will still continue to rise throughout the forecast period as the migration to 5G accelerates the need for VoLTE, and eventually VoNR. 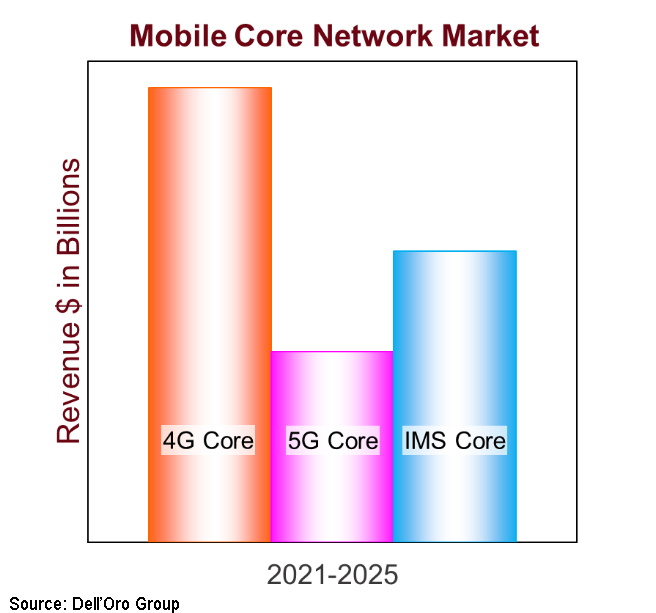 The revenue mix of NFV is expected to grow significantly approaching 100% in 2025, reflecting the move to 5G Core functions. NFV functions are moving from cloud-ready to cloud-native network functions (CNFs). At the same time, networks are migrating toward containers on VM servers, especially for 5G Core—and eventually to bare metal servers—eliminating the virtualization layer, thereby reducing both cost and complexity.