Optical bandwidth is not limitless. I know we have all used the argument over the past few decades that by placing an optical fiber connection between two points you will have unlimited capacity. It is an argument we have all used when convincing the market that a fiber deployment future proofs the investment. Now, a few decades later, the reality of Shannon’s Limit hangs over service providers’ future like a dark cloud (an actual one, not the data center cloud kind).

Globally, service providers have always enjoyed the benefit of meeting customer requirements for higher network capacity at a lower per bit price by installing the latest optical DWDM transponders. It has been a tried-and-true method that leveraged the sunk costs related to fiber and amplifiers, often referred to as the fiber plant. Therefore, not only did a service provider benefit from the higher capacity and lower cost-per-bit inherent in each new generation of DWDM transponders, but they also benefited from installing these additional wavelengths in pre-existing fiber plants where much of the costs are either fixed (in the case of a leased fiber), depreciated (in the case of fiber ownership), or non-existent (in the case of fully depreciated fiber plants). The advantage of this is that for every bit added to a fiber, the cost of transporting the bits declines.

Even in the case of a green field deployment, the more a service provider can maximize the capacity of the fiber plant, the lower the cost of each bit transported. For example, if a fiber plant cost $4 million, the first gigabit may cost $4 million, but when 9,600 Gbps is installed, the cost-per-gigabit drops to $417 (Figure 1). It is a linear decline in cost. That is… until the capacity on a fiber can no longer increase due to Shannon’s Limit and spectrum availability.

This constraint, brought about by the physical limitations of glass and light, brings to the forefront two challenges—extending the span length of higher wavelength speeds and increasing fiber capacity—and, fortunately for the industry, two solutions that will help service providers continue to reduce their cost-per-bit for at least another decade. 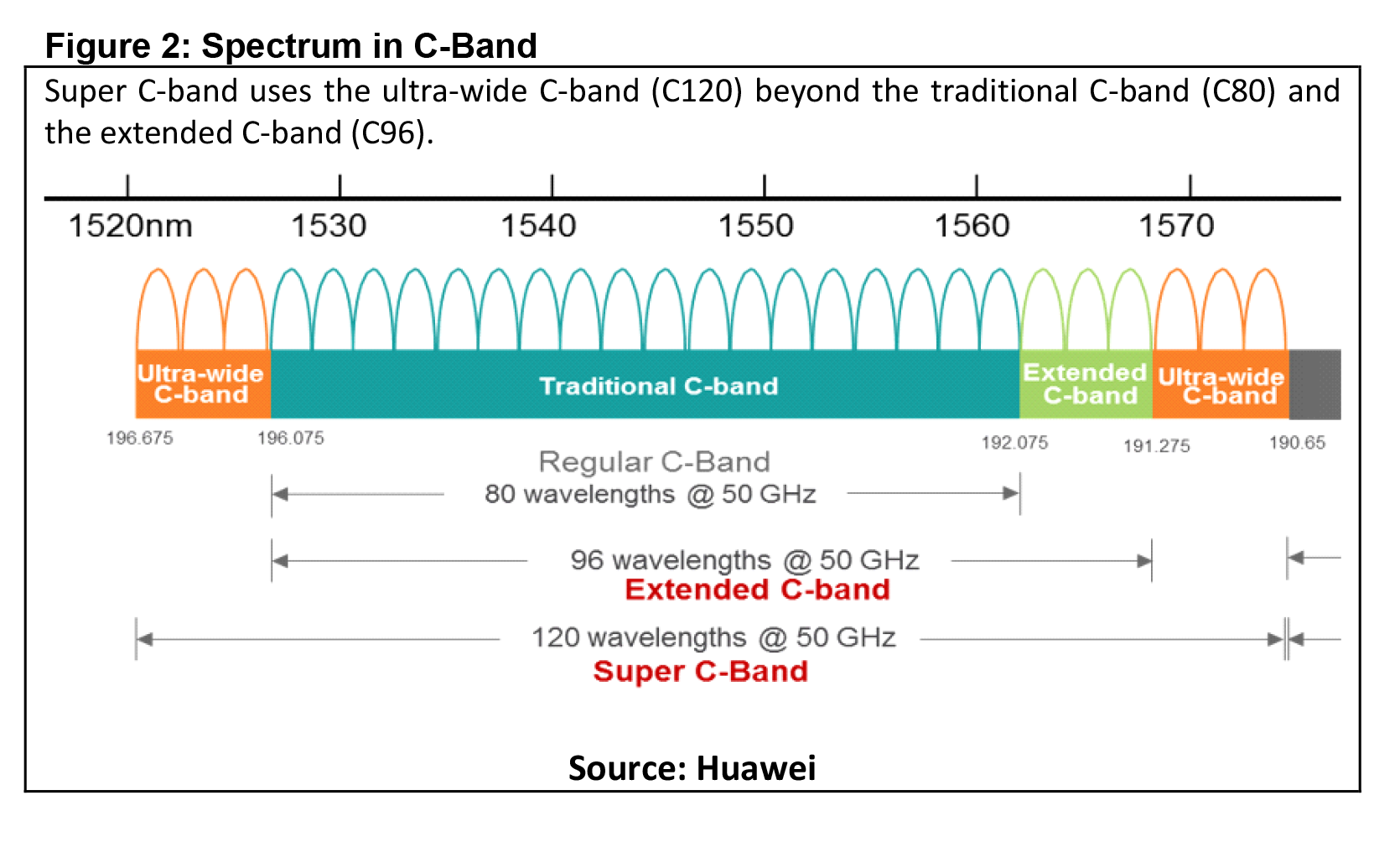 We believe these new technologies will need to be adopted in the future to continue the cost-per-gigabit declines that the market has gotten accustomed to. 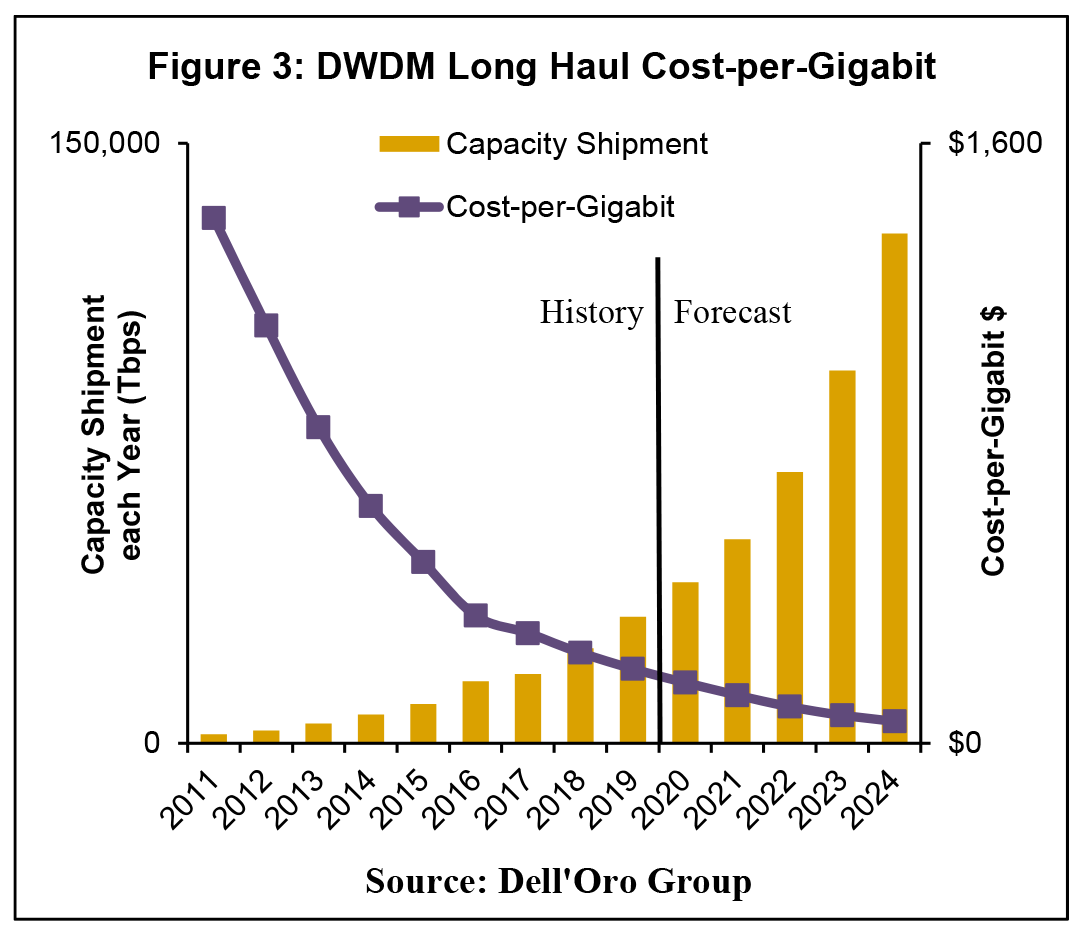 As a point of reference, in the past decade, the average annual decline in cost-per-gigabit for DWDM Long Haul transport equipment was about 20 percent due to improving spectral efficiency gains brought on by deployment of newer, higher-speed wavelengths (Figure 3). It was a similar rate of decline for WDM Metro, as well.

It probably does not need to be said, but this decline in the cost of a gigabit was a critical element needed for service providers to profitably keep up with network demand, which grew at an average annual rate of approximately 35 percent. Also, as we see it, demand for bandwidth will only grow from here, placing additional strain on service providers to profitably increase their network capacity for many more years.

We believe that with the new technologies mentioned, this pace of declining costs can continue to benefit service providers for at least another decade.

In the face of Shannon’s Limit, installing systems that can extract higher value from installed fiber becomes critical. Two technologies entering the market will push out the concerns brought by Shannon’s Limit for at least another decade. Therefore, to all the service providers, take a moment, and breathe a sigh of relief because there are new solutions on the way to help you: 1) increase network capacity and 2) reduce your future cost of bandwidth.